In case this is a good time for you to tune up your sound quality while you're stuck at home due to COVID-19, we've put together some remarkable special offers thru July 7th, 2020.

FREE SHIPPING ON ALL ORDERS: Save as much as $1,000 on room systems
BUY 3 GET 1 FREE on selected items
FREE Custom Engineered Design Service: On Premium or Ultra Room Systems ($2,750 Value)

Build My SystemShop All Products 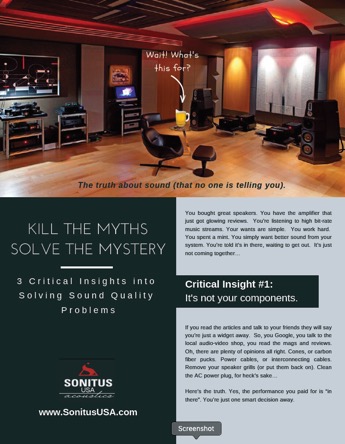 Get our FREE Report:
Kill the Myths, Solve the Mystery
3 Critical Insights for Improving Your Sound Quality

You bought great speakers. You have the amplifier that just got glowing reviews. You’re listening to high bit-rate music streams. Your wants are simple.  You work hard.  You spent a mint. You simply want better sound from your system. You’re told it’s in there, waiting to get out.  It’s just not coming together.  Get our free report and learn how to avoid wasting any more time and money.

Thank you! We've sent you an email with a link. Read "Kill the Myths" Report Now
Oops! Something went wrong while submitting the form.

Keep Shopping
No items found.
Product is not available in this quantity.

Double Your Sound Quality by Taking Control of Your Room Acoustics.

You’ve invested thousands to achieve high quality sound. But your room acoustics are probably ruining it. With Sonitus you can stop wasting money on gizmos that don't work and start enjoying ultra-clear sound now!

Our systems are pre-engineered by an Award Winning team that developed Dolby and THX home audio technology and has designed and calibrated over 1,500 rooms. Their combined talent in audio and acoustics is unmatched.

Room acoustics is confusing. The amount of time and money you could waste on sound improvement gizmos is endless. We'll help you get the most bang for your buck by getting your room's acoustics right.

When your room's acoustics leave almost everyone "out of the sweet spot" it's embarrassing. Once your room works for you instead of against you, you'll relax knowing everyone is enjoying amazing, ultra-clear sound.

Get the Expertise of Our
Legendary Audio Engineers

Relax! Everyone will Love the Experience.

Your room is ruining your sound quality. 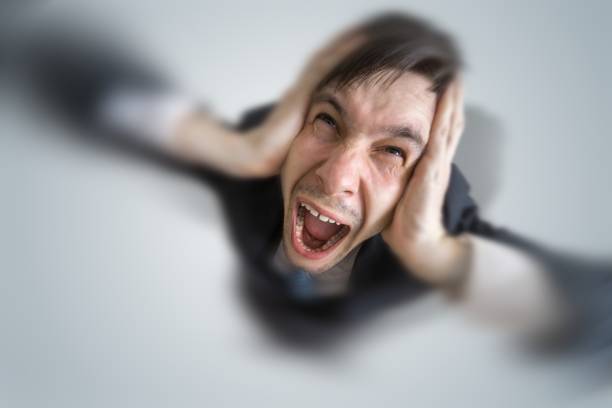 Your room is the final link between your system and your ears. Without control of its acoustics, the room will detract from the sound quality you experience, because you mainly receive reflected sound energy at your listening position.

Voices are unclear so you turn up the volume, and now they sound muddy. And explosions put your eardrums at risk. Sound imaging doesn't seem to match the location intended. In the end, you can't quite process what you're hearing.

Listen to an original audio file, then compare with before and after acoustical treatment.

There is no doubt that you have to tune the room. But getting room acoustics right can be confusing and take a lot of precious time and money. That’s where we come in with our 60+ years of collective experience and over 1,500 projects under our belt. Our award-winning team has created a simple set of packages to help you through the process. Sonitus quality is exceptional and prices affordable. So you can be confident that you'll get a huge return on your investment in the form of ultra-clear sound quality.

After such a large investment, this is not what you envisioned!

Don't be fooled by these common myths:

You can waste your time and money in hundreds of ways.
The truth is, optimized acoustics will improve sound clarity 10X better than any of them. But don't think you can just buy a couple dozen flat acoustic panels and put them on your walls to solve your problem (it won't - and you will have wasted your time and money).

If you want to do it right the first time, read on.

Here's a new (and better) approach:

Start enjoying ultra-clear sound quality.
Build your system now by clicking on your room type below. 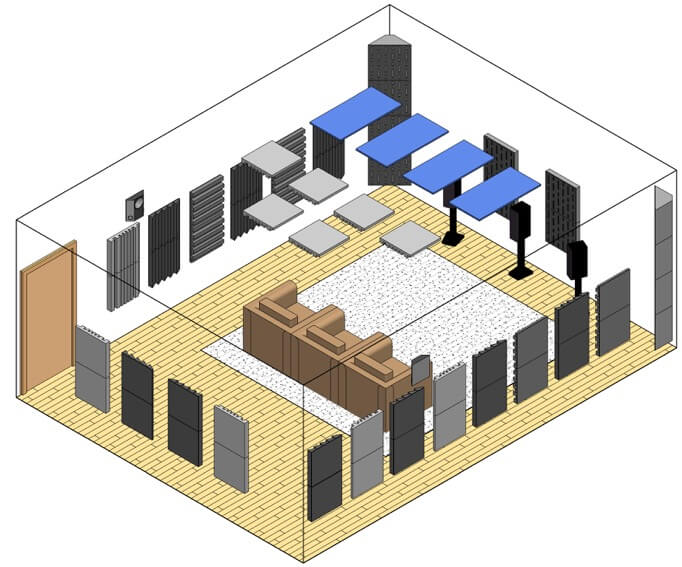 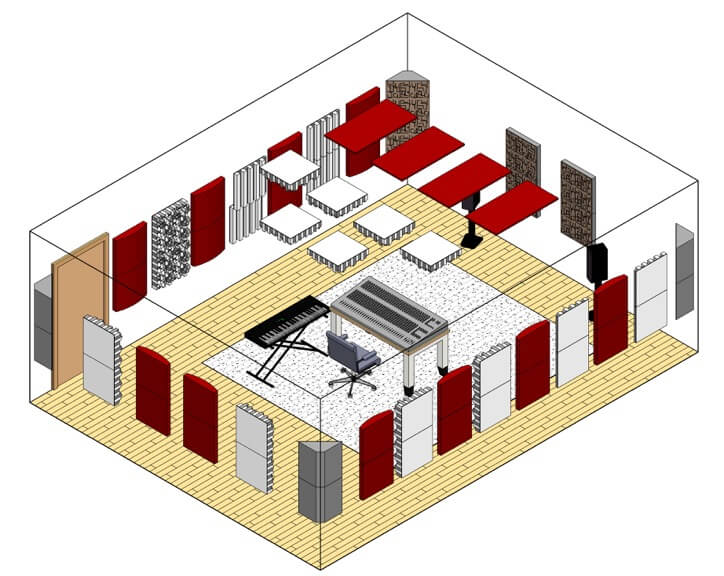 How did we figure this stuff out? A lot of science, coupled with trial and error in developing over 1,500 home cinemas, listening rooms, and pro studios. If you study up and endure the costs of experimenting for about 30 years, you'll probably figure it out yourself too. But we're guessing you don't have the time for that. So, we provide a proven "recipe" that packages the right combination of diffusers, absorbers and traps along with easy placement guidelines.

All you have to do now is choose your room type (home theater or studio), your quality/budget level and your room size (from 100 square feet up to 700 square feet) and then add the system to your cart!

Want to learn more about our approach?

The more you know, the more you'll appreciate the benefits of a pre-engineered system.
‍
Here's just a taste of what we've learned:
‍

The rules include the need to cover the walls with about 15% of absorptive surfaces – not more than 15% because you want some reflective surfaces - and about 20% of scattering surfaces, also known as diffusers. Absorbers remove sound reflection while diffusers break up reflection.

For ultimate sound quality when listening to speakers in a room, there is a known optimum ratio of direct sound to reflected sound. That is, the sound coming directly from the speakers versus the sound bouncing around the room that you also hear (in fact it's mostly what you hear). That knowledge comes from about 20 years of research from multiple groups internationally. These groups came up with a book that details a set of rules. 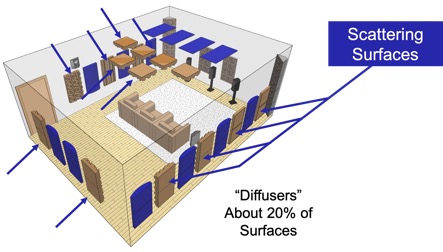 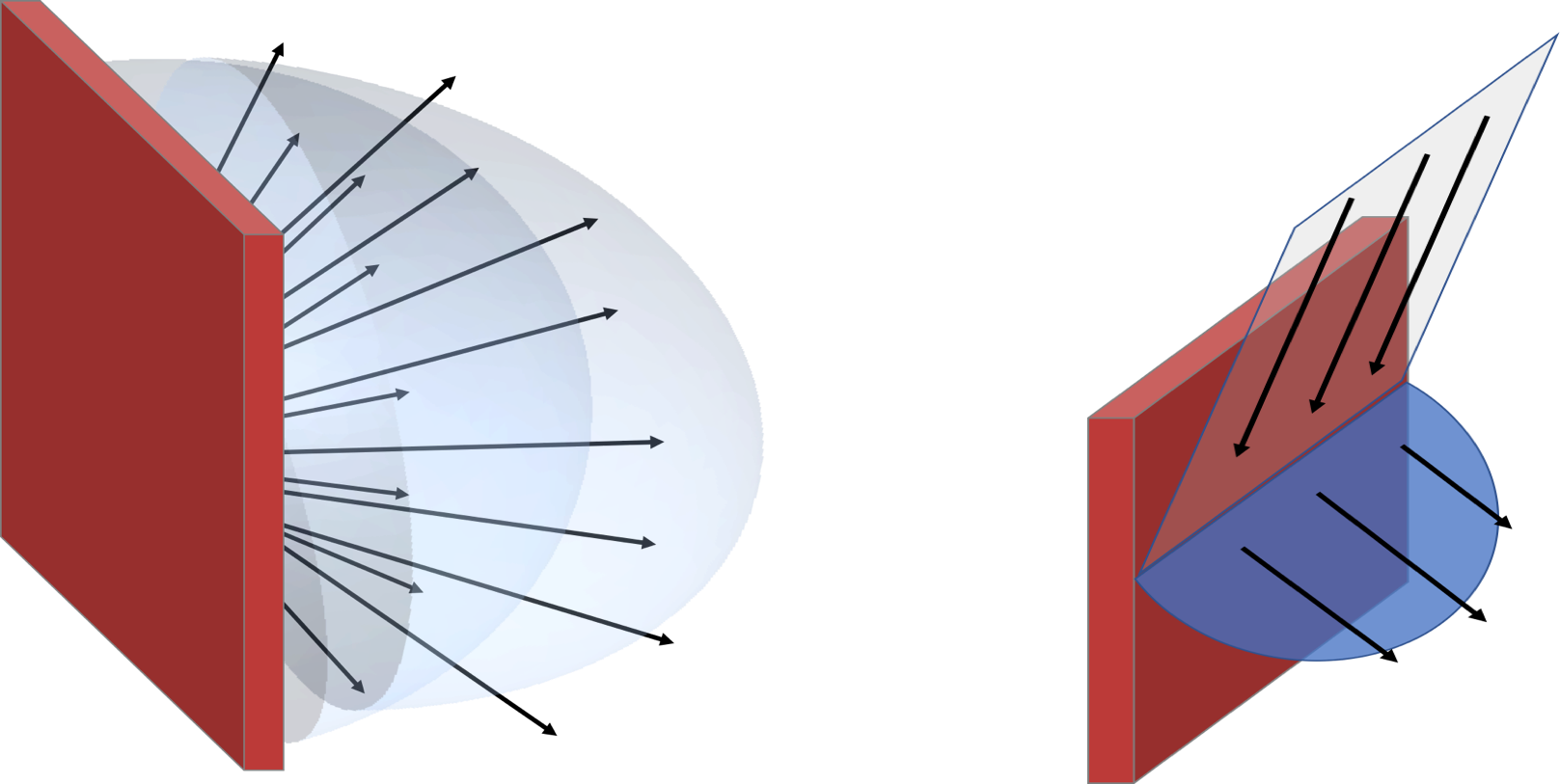 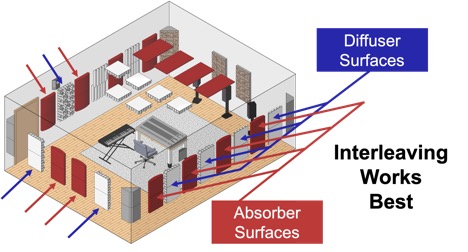 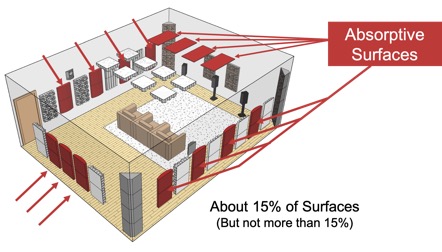 Ready to get started?
Start building your system now!
‍

How to Best Measure Your Kick Drum 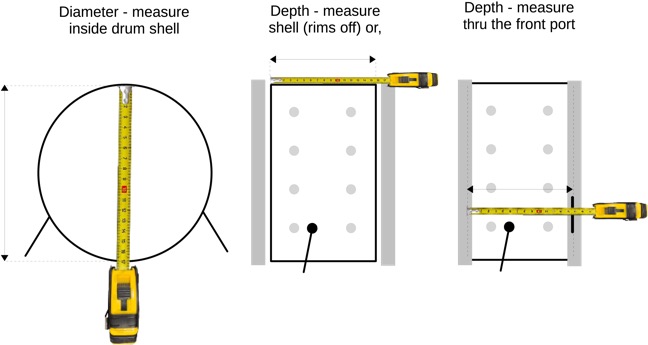